A legend about a smart woman who gets everything she wants

by Baigalmaa
Sugar.mn staff
In the distant era of history, with a harsh climate alternating between extreme cold covered with snow and ice, or even more insanely hot, there were hungry and wild beasts, ready to catch and eat whatever they came across on our planet. At this time, the legend of how a wise woman of a tribe used her wisdom to save her tribe was passed down by word of mouth among women, from grandmother to her mother and mother to her daughter. Although his name has been forgotten by time, with the power of his wisdom, his daughters and great-grandchildren, throughout their lives, not only get the necessities of life, but also live surrounded by riches and luxuries. The legend begins like this:

That year, the ancient tribes were in dire straits to protect themselves from hungry wild beasts. Women and men hunted side by side, fought against wild beasts, and all worked together. Once the chief of the tribe said, "Hunting is becoming more and more difficult. Beasts want to feed on us. If some luck does not attack us, we will face starvation," he said to his tribe. For 10 days, the starving and emaciated tribesmen, who had nothing on their tongues, would sit in the dusk of the cave, which had closed their mouths with boulders. One evening, suddenly, the sound of the claws of the beasts scratching the boulders, their roars, as if to indicate that the fate of the tribesmen had no way out, made their hearts die even more. A woman, no different from the others, came to the chief of the tribe and said, "You are a mighty warrior, you are a keen hunter. You can run fast, your speed will save us. Your movements are not compared to beasts, you are not only quick and smart, but also smart. You can easily manipulate animals. Therefore, as before, victory will be on your side. When the words of the woman, the elders of the tribe reminded him of the time before, he raised his head, his muscles tensed at the tone of the woman's words, and at the same time, he began to feel his dignity and pride restored, and with a look, he asked the tribe leader and the woman to continue what he was saying. looked involuntarily. The woman continued, "My great warrior, your defeat comes from the fact that we are hindering you, that you are forced to fight alongside the women and protect us." But you alone can slay the beast. Sam is out and your spear will go through the heart of the beast before it wakes up. I know. I know that's exactly what happens. You kill him, we'll eat him, and then we'll all leave and get out of the way of these beasts. You will take us to a place like heaven. I know that. He, this mighty man, believed that he would definitely save us, and he fell asleep sitting up, not bothering to see the chief of the tribe sitting motionless. Suddenly, he woke up to the sound of people shouting, saw the tribesmen jumping for joy, and behind them the chieftain standing with his game, and realized that the chieftain had killed the beast and that he had won. The tribal leader, while they were all asleep, sneaked out and killed the giant beast single-handedly and easily. When he remembered that in the past, when everyone hunted beasts together, someone was wounded or caught by a beast, and food to eat was found with sorrow, he understood that this woman's wisdom and words of faith in her victory had led to this. When the chief of the tribe went to the woman and said, "Now let's all go to the paradise you mentioned," he said, "This woman is my lucky charm." I want to hear this woman's words of faith every day. His faith will inspire me.'' But the woman said, "I need him more than he needs me. I will lead him to victory. As long as I trust him, he is mine.'' Thus, with the wisdom of this woman, it is said that the roles of women and men of that time were divided, and families connected by trust were formed. Over the years, my wife used to sing this song to her daughters, and that song, which was sung through her descendants and absorbed into their hearts, has not lost its magic and energy, and helps her daughters and grandchildren to live as they want. He sang like this.
Grow up and choose a man who you trust with all your heart
Tell him what you want every day and he will do it
He will need the power of your faith as the planets around the sun need the sun and living creatures need air.
He needs you to become a hero with merit, and he needs you because without your faith he cannot live until morning
Trust in him and let your faith touch him daily through your words
Let the words of your conversation be full of faith
Of course, when you are silent, let your heart be filled with faith
In this way, the answer to your faith will come with your heart and effort to create whatever you want
Believe me, girl, the power of faith is great...believe me
My dear women, my mothers, my daughters! I present to you the legend of the wise woman and her song. Let this song stay in your heart like a prayer of blessing and help you to get what you want from life and live the way you want with peace and happiness. 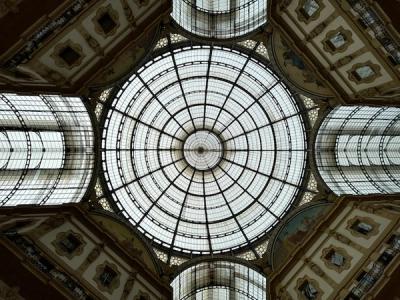